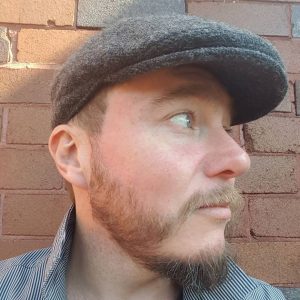 Adam Norris moonlights as a fiction author, and daylights as a professional interviewer. His journalism has been syndicated nationally, while the made-up stuff has been published internationally, which is nice. He has interviewed some 650 public figures, including authors such as Michael Chabon, Ben Elton, Bret Easton Ellis, as well as other curious personalities like Turner-winning artist Grayson Perry and ‘Captain’ David Hasselhoff, who he interviewed as a guest of The Hoff on a debauched EDM cruise along the Melacca Strait. He profiled former Islamic extremist Maajid Nawaz, spoke at length with Senator Kristina Keneally about politics and the Catholic Church, and interviewed Melissa Etheridge after winning her Oscar. A mixed bag, in other words. You may also have heard his ramblings on the weekly literary broadcast, ‘Quilling Me Softly’ on 2BBB FM. His most recent story, The Coastal Age, was shortlisted for the International Nature of Cities prize.