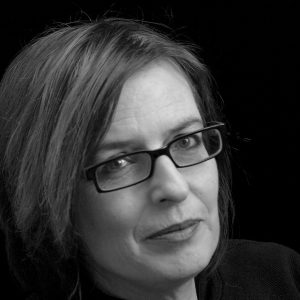 Alison Croggon is an award-winning novelist, poet, librettist and critic. She has published eight collections of poetry and several novels, including the acclaimed fantasy quintet The Books of Pellinor, Black Spring and The River and the Book. Her first middle grade fantasy, The Threads of Magic, was released this year. She won the Dame Mary Gilmore and Anne Elder Awards for poetry and the Wilderness Society’s 2016 Environment Award for Children’s Literature for The River and the Book. As well, her poetry collections and novels have been shortlisted for the Victorian Premier’s Literary Award, the NSW Premier’s Literary Award, the WA Premier’s Literary Award. The Bone Queen was shortlisted for YA Book of the Year in the 2017 Aurealis Awards.

Most recently, she wrote additional dialogue for Beethoven’s Fidelio for the 2020 Perth Festival and her play My Dearworthy Darling was produced by The Rabble and Malthouse Theatre in 2019. She has written libretti for eight operas, including The Riders with Iain Grandage, for which they won Vocal/Choral Work of the Year in the Art Music Awards in 2015, and Mayakovsky with Michael Smetanin, for which her libretto was shortlisted for the Drama Prize in the 2015 Victorian Premier’s Literary Awards. She is arts editor of The Saturday Paper and has 30 years experience reviewing performance for outlets such as The Saturday Paper, the Australian, the ABC, the Guardian and The Monthly and generated an international reputation as a performance critic with her influential blog Theatre Notes, and is a co-editor and founder of Witness Performance. In 2009 she was the first online critic to win the prestigious Geraldine Pascall Critic of the Year Award.