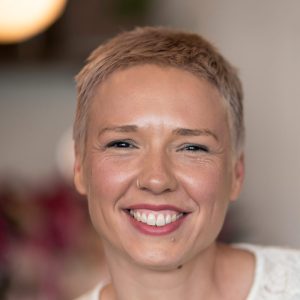 Emily Bitto is an award-winning Melbourne based writer of fiction, poetry and non-fiction. She has a Masters in Literary Studies and a PhD in Creative Writing from the University of Melbourne. Her debut novel, The Strays, was shortlisted for the Victorian Premier’s Literary Award for an Unpublished Manuscript, and the published novel went on to win the Stella Prize in 2015. It was also shortlisted for the Indie Book Award for Debut Fiction, the NSW Premier’s Prize for New Writing, and the Dobbie Literary Award, and was longlisted for the Dublin IMPAC prize. The Strays has been published in the U.S. (Twelve Books), UK (Legend Press) and Canada (Penguin), and has been optioned for a television adaptation by See Pictures.

Emily’s fiction, poetry and non-fiction has appeared in various publications, including Meanjin, Island, the Age, the Saturday Paper, the Big Issue, and The Sydney Morning Herald.  In 2018 she was a recipient of a six month Australia Council International Residency in the B.R. Whiting Studio in Rome, where she completed the draft of her second novel, Wild Abandon, which was published in 2021 by Allen and Unwin. Emily has been teaching for over a decade, and is currently a tutor and course director at the Faber Writing Academy.