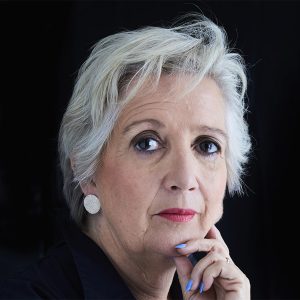 Jane Caro AM is a Walkley Award-winning Australian columnist, author, novelist, broadcaster, advertising writer, documentary maker, feminist and social commentator. Jane appears frequently on Q&A, The Drum and Sunrise.  She has created and presented five documentary series for ABC’s Compass, airing in 2015, 2016, 2017, 2018 and 2019. She and Catherine Fox present a popular podcast with Podcast One, Austereo “Women With Clout”. She writes regular columns in Sunday Life.

Jane has published twelve books, including Just a Girl, Just a Queen and Just Flesh & Blood, a young adult trilogy about the life of Elizabeth Tudor, and the memoir Plain Speaking Jane. She created and edited Unbreakable which featured stories women writers had never told before and was published just before the Harvey Weinstein revelations. Her most recent non-fiction work is Accidental Feminists, about the fate of women over 50. The Mother is her first novel for adults.