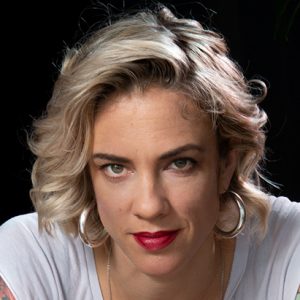 Jenny Valentish is an author and journalist. Everything Harder Than Everyone Else is her second book for Black Inc and is an immersive look at why some people push their bodies to extremes. Her 2017 research-memoir, Woman of Substances, was added to the recommended reading lists of various Australian university courses in the areas of addiction and psychology, and led to an appointment as a board director of SMART Recovery Australia and consultancy and ambassador roles in the drug and alcohol field. Her other books are Cherry Bomb, a novel set in the music industry, and the anthology she co-edited, Your Mother Would Be Proud.

As a journalist she contributes to The Guardian, The Age, ABC and The Monthly, and has previously served as the editor of Time Out (Melbourne edition) and the magazine of radio station Triple J, Jmag. She has taught white-knuckle memoir and non-fiction writing at universities, to drug and alcohol workers, and to writing organisations. Raised in the outskirts of London, Jenny currently resides in Castlemaine, Victoria.