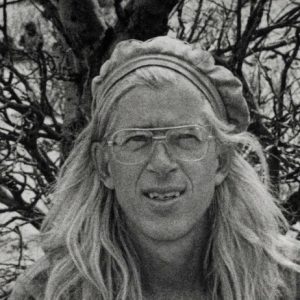 Jon Rhodes is renowned for his trilogy of photographic exhibitions from Aboriginal Australia: Just another sunrise? (1976), Kundat Jaru mob (1991) and Whichaway? (1998).

But when Agfa ceased manufacturing black & white paper and chemicals in 2006, he decided not to make the transition from silver-based photography to digital, preferring instead to begin writing about his photographs.

He self-published his first book Cage of Ghosts in 2018, which won the NSW Community and Regional History Prize in 2019.

Jon has written the sequel Whitefella Way, to be published in 2022