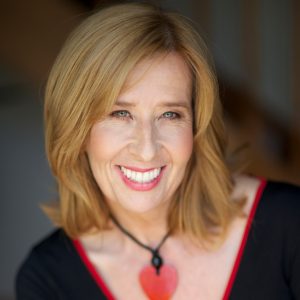 Dr Kathryn Heyman is the author of the memoir Fury published in Australia and the UK in May 2021. Her previous novels include Storm and Grace and Floodline. Her work has won and been nominated for awards in Australia and the UK including the Scottish Writer of the Year Award, the Wingate Literary Prize, the West Australian Premier’s Literary Awards, the Orange Prize and the Arts Council of England Writers Awards. As founder of the Australian Writers Mentoring Program, she has guided many writers from idea to publication, including many award-winners. She received the 2017 Copyright Agency Author Fellowship for Fury and is an Honorary Professor of Humanities at the University of Newcastle.

Reviewers have compared Kathryn’s work to that of Cormac McCarthy, Kate Grenville, Angela Carter, Peter Carey, William Golding and Joseph Conrad – so to say she is in fair company is an understatement. Her latest release, Fury, is one of the most striking releases of 2021. As Kathryn herself describes it:

‘Fury is the story of the year in my life after a sexual assault trial, when I ran away to work on trawler in the Timor Sea, and it saved me. I always knew I would write about my time on the Ocean Thief – the storms, the theft, the betrayal – but I didn’t know how. It’s taken decades of craft to harness this story, to have the skills to tell it. This is a story about taking the tools of fiction and using them to create a joyful life, a thriving life. Transformation is possible. I know that, because I lived it.’