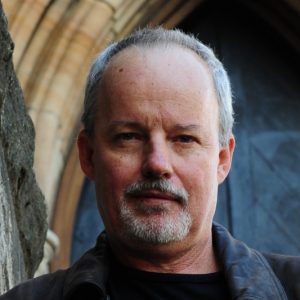 Before becoming a novelist, Michael Robotham was an investigative journalist working across America, Australia and Britain, and with clinical and forensic psychologists as they helped police investigate complex, psychologically driven crimes. Michael’s 2004 debut thriller, The Suspect, sold more than 1 million copies around the world. It is the first of nine novels featuring beloved Joe O’Loughlin. Good Girl, Bad Girl and When She Was Good are the first two books in a new series featuring forensic psychologist Cyrus Haven.

Michael is the only Australian to win the UK’s prestigious Gold Dagger Award twice – for Good Girl, Bad Girl and Life or Death. Good Girl, Bad Girl was also shortlisted for the 2020 Edgar Award for Best Novel. In 2020, The Secrets She Keeps was adapted for television. When You Are Mine, Michael’s forthcoming standalone novel will be published in July by Hachette Australia.

He lives in Sydney.