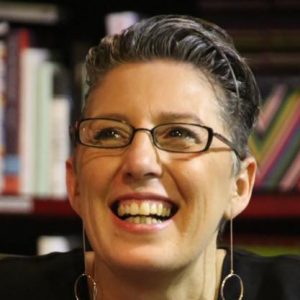 Nike Sulway is a novelist, short story writer, researcher, and teacher who works across speculative and literary fiction. She has a PhD in Creative Writing from Griffith University and is a graduate of the Clarion South Writers Workshop. Her short fiction and poetry have been published in a range of journals, including Lightspeed, Shimmer, Interzone, Fantasy Magazine, Review of Australian Fiction, Strange Horizons, Meanjin, Liminality, Southerly, Verity La, Cordite Poetry Review and ASIM. She has also had works included in a range of anthologies, including The Best Science Fiction and Fantasy of the Year (edited by Jonathan Strahan), The Best of Shimmer, Letters to Tiptree, Mythic Resonance and Tartarus at 30.

As a novelist, she strays across speculative fiction and mainstream or literary fiction, though her works consistently focus on the role of magic and the imagination in ordinary and extraordinary lives (most especially women’s lives). Her novels include The Bone Flute, The True Green of Hope, Rupetta, and Dying in the First Person, as well as two children’s books: What The Sky Knows (illustrated by Stella Danalis) and Winter’s Tale (illustrated by Shauna O’Meara). Her books have been shortlisted for and won a range of awards, including the Queensland Premier’s Literary Award, The Children’s Book Council of Australia Awards, the Aurealis Awards, the Norma K Hemming Award, the Commonwealth Writers Prize (Best First Book), and the IAFA Crawford Memorial Award. Her novel, Rupetta—a novel about a queer automaton—was the first work by an Australian author to win the Tiptree Award (since renamed the Otherwise Award), and is currently being developed into a major motion picture. Rupetta also won the Norma K Hemming Award, and was shortlisted for both an Aurealis Award and the IAFA Crawford Memorial Award.