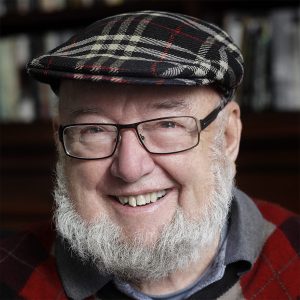 Novelist, playwright, essayist and actor, Thomas Keneally is one of Australia’s (and the world’s) great literary treasures. He is perhaps best known for his non-fiction novel Schindler’s Ark, the story of Oskar Schindler’s rescue of Jews during the Holocaust, which won the Booker Prize in 1982 and was adapted for the screen as the celebrated, unforgettable Schindler’s List in 1993.

In addition to the Booker, Tom has won the Miles Franklin Award, the Mondello International Prize and has been made a Literary Lion of the New York Public Library, a Fellow of the American Academy, and even managed to get his face on a 55 cent Australian stamp, which is really how you know when you’ve made it.

His latest novel, Corporal Hitler’s Pistol, was released in 2021 (though keep your eyes peeled for another book later in the year).